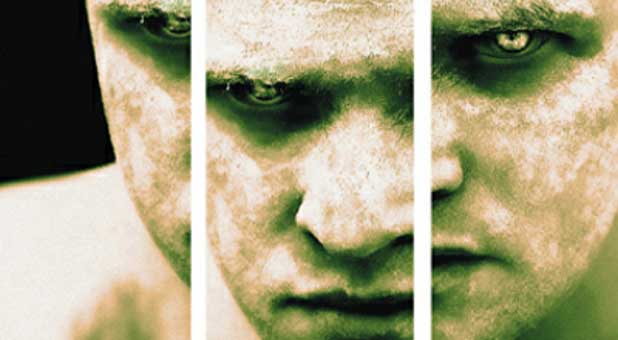 In America, the nation we call the home of the land of the free and the home of the brave, we are witnessing our communities, family and friends, businesses and even the normalcy of everyday life is divisiveness whose origins are demonic. It is not rational, not normal, nor can it endure a conversation of intellectual discourse. This is so because when the emotion becomes the primary reason to justify believing in something or someone, not even God can “reason” with a person. Relativism replaces truth, and no manner of discussion can resolve differences or come to a conclusion that speaks LIFE – even with the simplest of ideas. This conduct is evidence that a demonic spirit has infiltrated the space of that mindset–whether it be in a person or a nation.

Hordes of demonic spirits and multiple principalities have invaded America. God allowed the spirit of delusion to rule over those who have rejected Him by rejecting the truth. Every semblance of truth rejected brings an increase of demonic invasion. This systemic rejection has compounded in America for decades. Today we are merely reaping what this nation has sown time and time again in rejecting God’s light of the world found alone in His Son Jesus Christ.

Transparency of heart and genuine heartfelt desire for truth, established upon reason and evidence organically supported by fruitful consequence, has tragically ended in America. Over many decades a growing anti-God ideology has culminated in despotism, rage, and the very current destruction of our nation. I am afraid this malaise will not abate. We have waited too long to speak the truth, amend our ways, and seek after God. We are witnessing a generation in full throttle rebellion, which they believe they are justified and, therefore, right.

This demonic spirit not only has taken captive the next generation; it has severed family members, friendships, and what used to be an informative conversation. The onslaught has annihilated any semblance of decorum. We only need to look at our leadership in every sector to recognize this truth.

However, the tragic and telling sign we are in the throes of demonic divisiveness in America is evidenced by those who name the name of Christ, the Church, Christians. The “organized church” has succumbed to this wretched spirit who has taken the mind captive and twisted it against the truth. This spirit takes root in political justification with a haughty disdain for the other party rather than standing on the fact which is rooted in the TRUTH Himself – Jesus Christ. It is the remnant, the true Church arising in this hour of darkness, to make known the manifold wisdom of God and expose this demonic agenda.

What will we do?

There is only one thing to do: PREPARE.

We who are of sober mind, yielded spirit and an obedient heart to keep the commandments of God, must prepare to endure what is unfolding as a gradual judgment upon America. This judgment will explode rapidly toward unprecedented trouble that we have never seen. I consider it kind of God to allow those who have eyes to see to recognize He is coming to judge so they would prepare themselves for the trouble ahead. He could have caused sudden trouble, but He truly is kind.

When people have yielded to demonic divisiveness, by refusing to correct themselves, the trajectory can only end in destruction. While no one knows the outcome of this irreversible chastisement upon our nation, no one can deny that it is here and will only increase.

None of the above need explanation. Seek God, hear His voice, and obey.

He is coming to judge, and He is terrible both in beauty and in wrath.

You will get access to behind the scene videos, lessons, Ebooks, and more!